There are a couple of issues with the new 3D object handling in Moho 13 and the biggest issue by far is the fact that the imported 3D Objects do not respect 3D space. Instead they are ordered by layer (as with any other normal type of layer), which is bad and a change from Moho 12 and predecessors.

You can still import MH12 3D elements into MH13 documents, but MH12 does not handle complicated 3D objects very well - and you end up with bits missing. Also you don't get the advertised benefits of the new MH13 3D objects.

In the diagrams below there are 2 Sleighs set at 90deg angle. They should interact as the Moho12 example. But in Moho13 either one or the other is totally on-top/in-front depending on layer ordering. 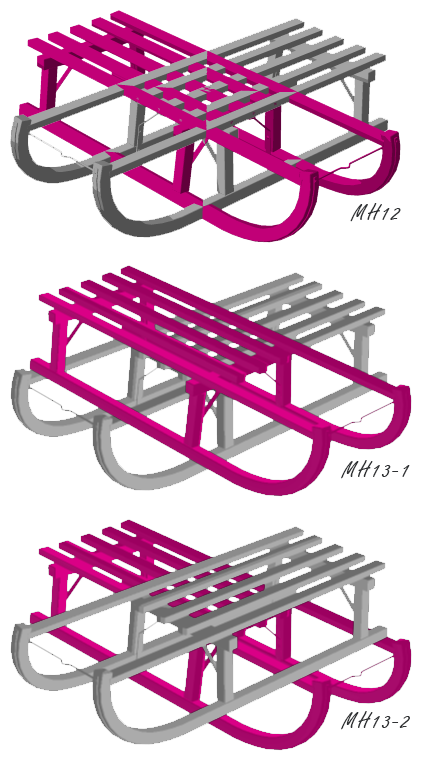