Have you come up with a good Moho trick? Need help solving an animation problem? Come on in.

I have no idea if this is one of those things where I'm off trying to solve a problem that doesn't need a solution but it's something that was driving me nuts. All the cartoons I made before were only one or two scenes long. I would always draw & rig a character, then draw scenery & backgrounds around that main character. I never really had to import a character into multiple scenes of varying sizes so Line width was never an issue. (I know there's Scale Compensation, I'll get into that later)

Now I'm working on a cartoon that will require about a dozen characters and at least 20 scene/camera changes. So to try to keep things fresh I would work on characters for a while. Then I would work on scenes & backgrounds until I got burned out on that. Then back to characters for a while. Work on the script for a few days. (Then I would bug Chucky for a while.) Then I would go back to scenery or vehicles and so on. I was jumping around on all these different phases of the cartoon to try to keep it myself interested. I didn't even consider that there could be a problem with having a character that was the same size of the two story building in the other file. I assumed Scale Compensation would fix it.

THEN I imported a character into one of the scenes to see what it would look like and that's when I realized that I had some serious issues with my line widths. (insert sad trombone here). I had Line Width on imported characters at 1. Objects had a line width of 1, but of course they were nowhere close. So I messed around with it for a while. Scale Compensation on here, Scale Comp off there. It was mixed results everywhere. It took forever. And it made me really sad.

So what I've kind of stumbled on here was creating a universal Line Style. It is a Style with the Fill unchecked, and the Stroke Color & Width checked. (NOTE: Every other Style created for Fill color has to be set up the opposite way. Fill checked. Stroke & Width unchecked). Now when I'm working on something, every shape and line I create has "Line" as it's second Style. I actually started doing it this way so I could see what my characters would look like with the different brushes (pencils) without going through every ... single ... shape or style and changing the stroke properties. Now it was one Style change for the whole character and/or scene.

So not only was that a quick way to check out all the brushes & pencils, but it was also a quicker solution for the differences in line work for imported Moho Objects.

Here's some screenshots to illustrate the point.
To keep the character sizes in check I will always make 2 or 3 in the same file. I'm sure everybody does this 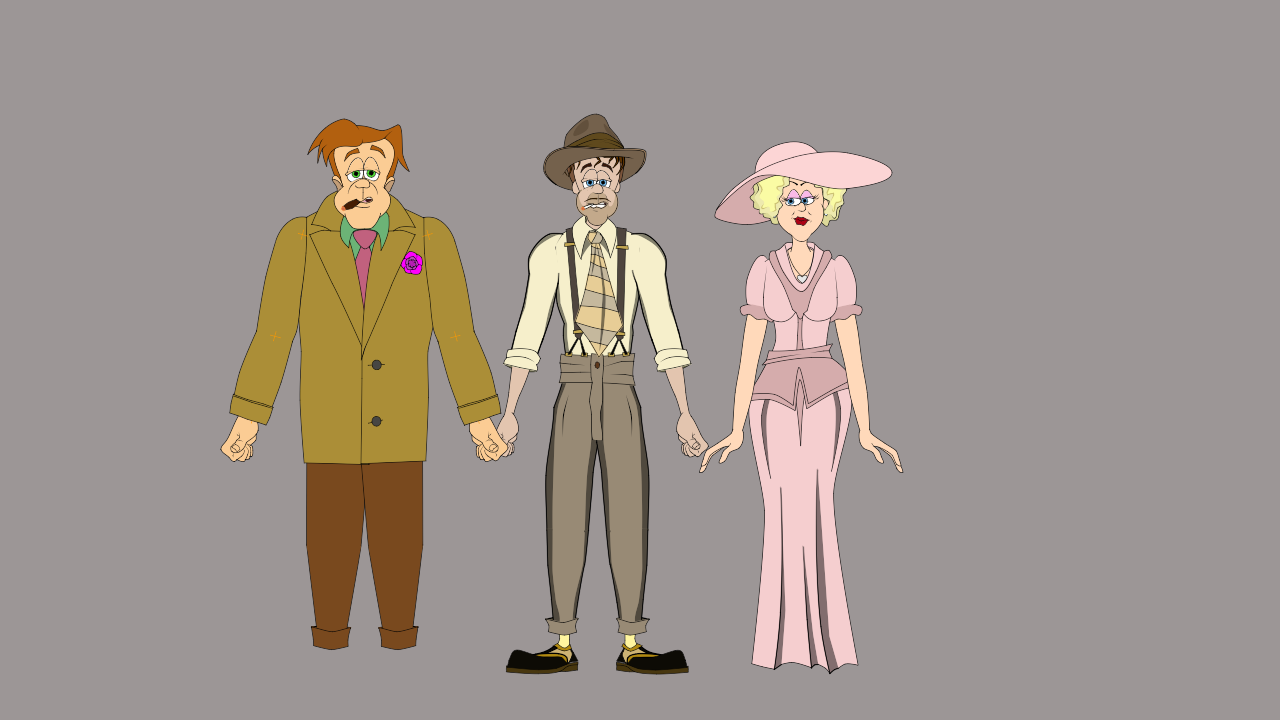 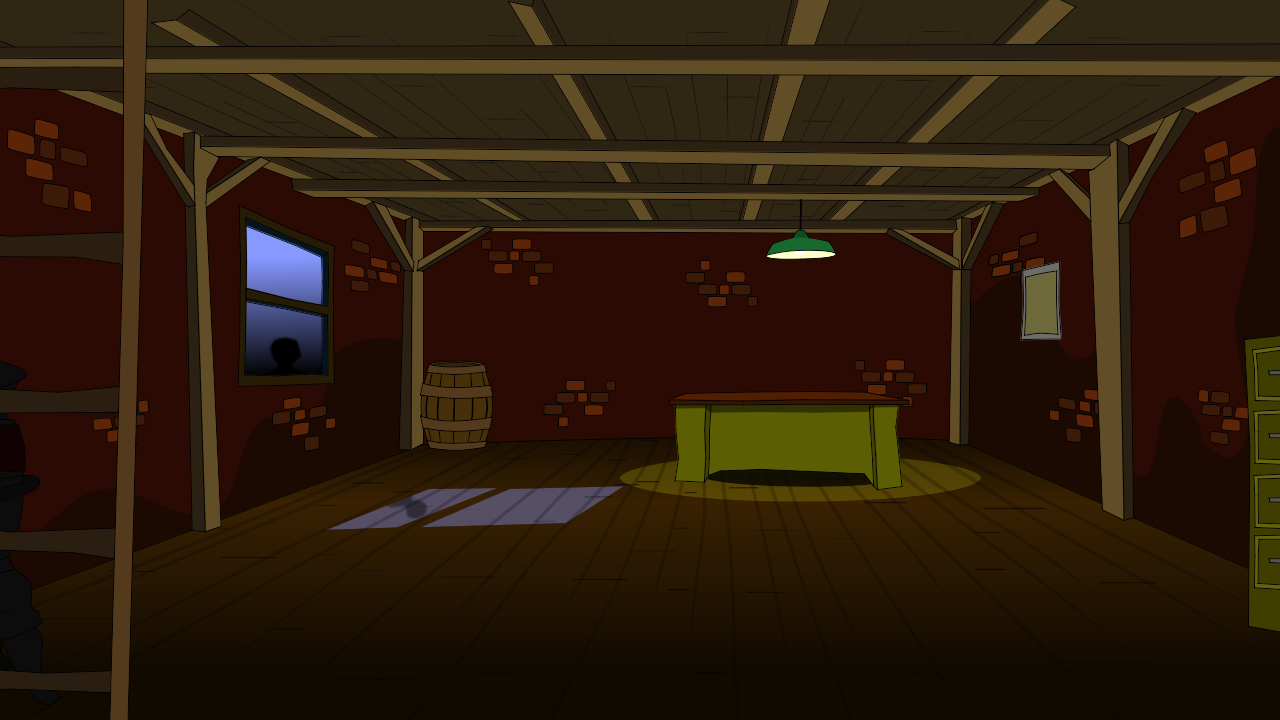 Harry has been imported here and shrunken down to size. You can already see how his line work is too thin. 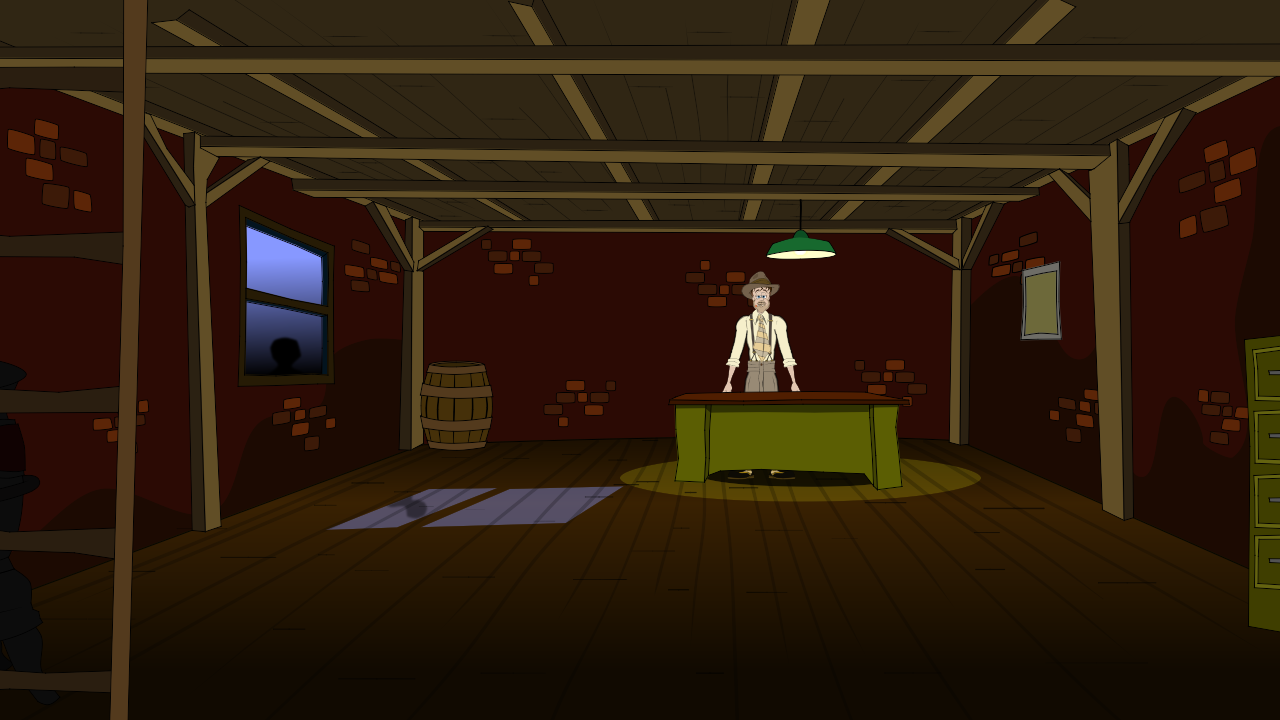 When the camera zooms in the difference in Line weight is pretty drastic. This is where you have to start messing around with all the layers' Scale Compensation options. 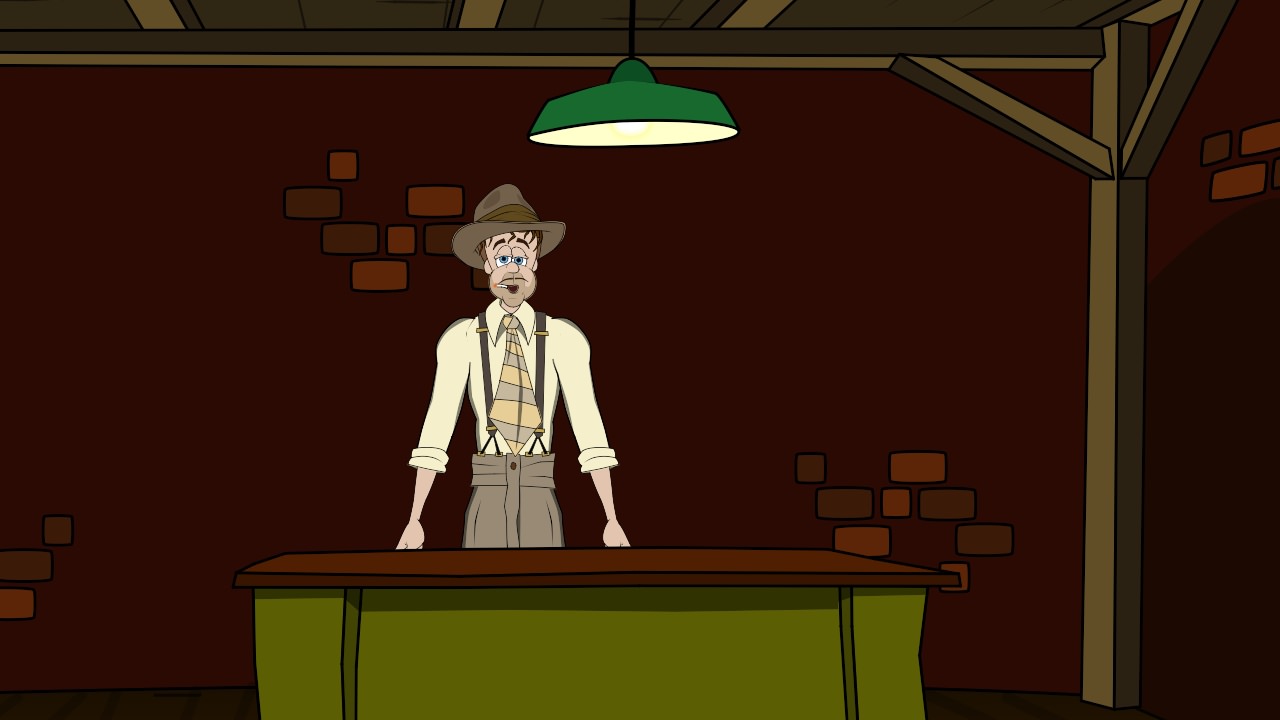 But, If you have that Universal Style set for the imported character and the scenery, you have quicker, and I think better control over the lines. First I just thicken Harry's Line Style to try and match the scene but I don't like how he's losing some of his details. 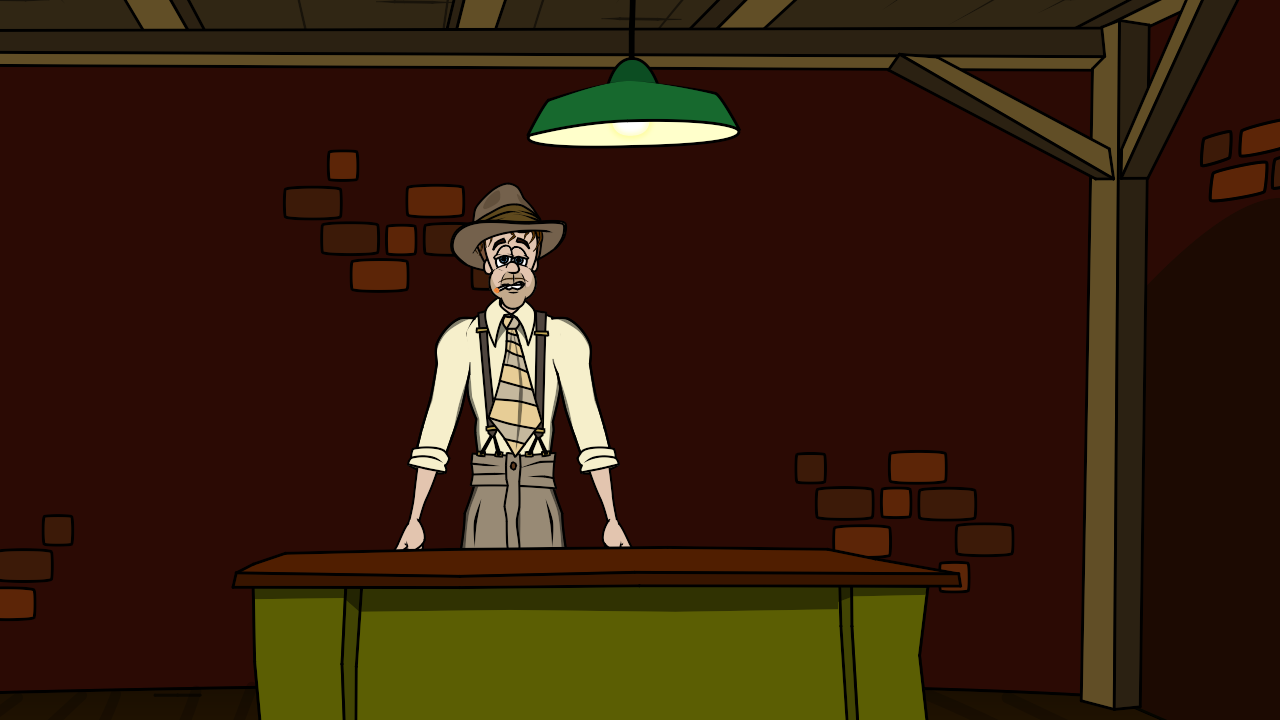 Here I have thickened Harry's lines a little with his Line Style. And then thinned out the Line Style that controls all of the line work in the scene and I'm happy with these results. Two changes in the Styles. Done 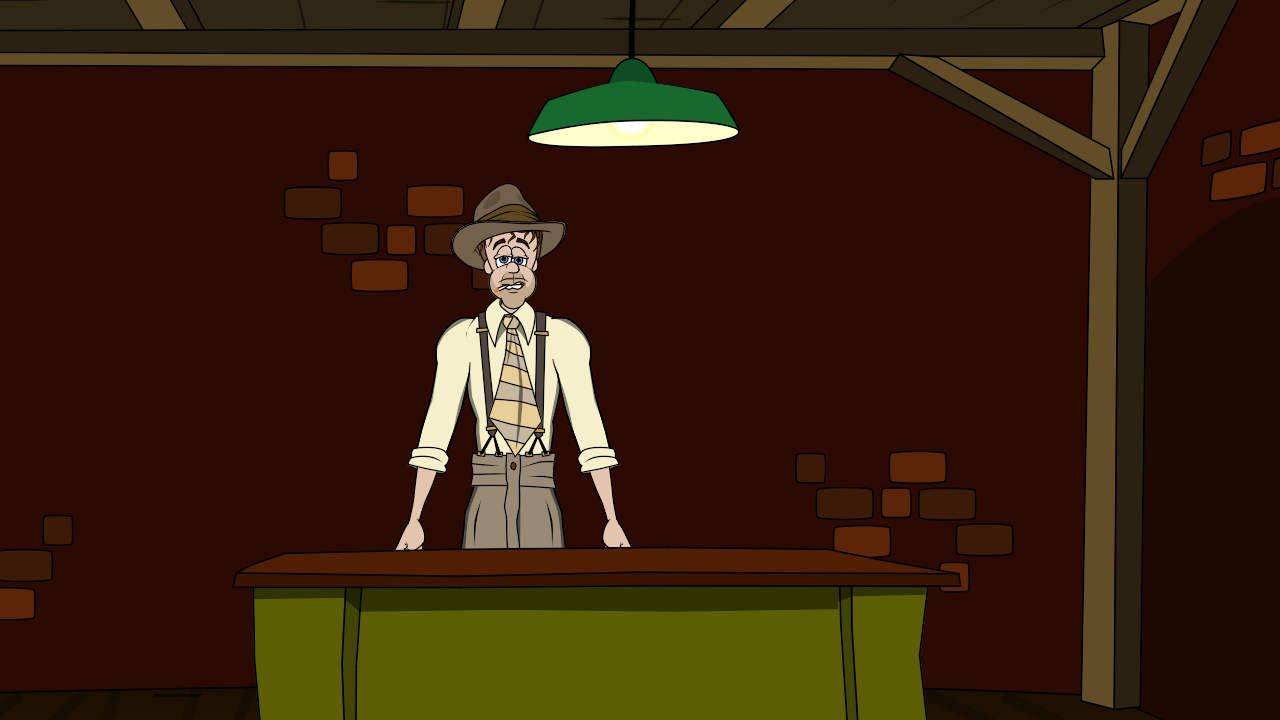 I like how doing it this way gives us more fine tuned control over the differences in line width with just a couple of adjustments. You don't have to go through every Layer checking or unchecking the Scale Compensation option.

Now this is usually where somebody drops in and says something like "Well why didn't you just do it this way?" Then I go bang my head on the wall.
Top

Yes. I totally forgot about that.
Oh well... Having the one style for lines would still be a good way to change your brush/pencil look on the fly.
Top

This is a great tip. Being able to apply two styles allows this, one for the fill and one for stroke.
Links to my stuff: http://neetersguy.tumblr.com; neeters_guy youtube channel
Top

Sorry for coming in late but, yeah, that's the idea!

I don't normally like to create a lot of Styles for a character unless I have to, but I do like to start off with at least one Style for just the strokes and use that throughout the character when the design allows it. This makes it so much easier to adjust the strokes in a complex character globally when it becomes necessary. (Like when Scale Compensation isn't giving you exactly the look you need.)

I only use more styles if I anticipate being asked to change them in the future, or if I plan to use a certain set of artwork in another character (like a bunch of hand pose drawings, for example.)
D.R. Greenlaw
Artist/Partner - Little Green Dog | Little Green Dog Channel on Vimeo | Greenlaw's Demo Reel 2019 Edtion
Lead Digital Animator, Dreamworks Animation