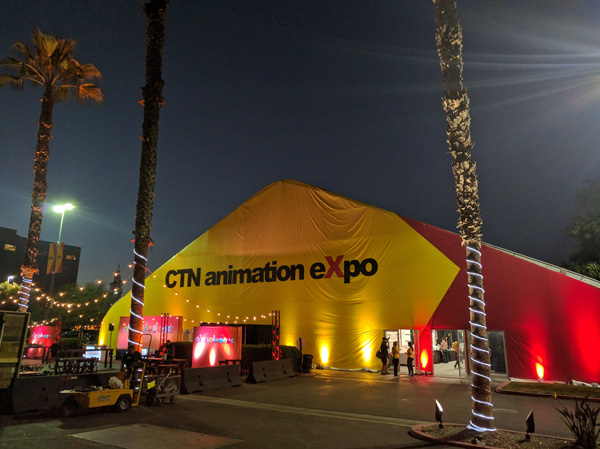 In November we were back at CTN Expo, demoing Moho for a second year. It’s getting bigger and bigger. This year I thought they had brought in decorative trees until I realized that the tent was so big, it filled up a parking lot and had to include the trees on the sides. Here’s a shot during setup before the crowds arrived: 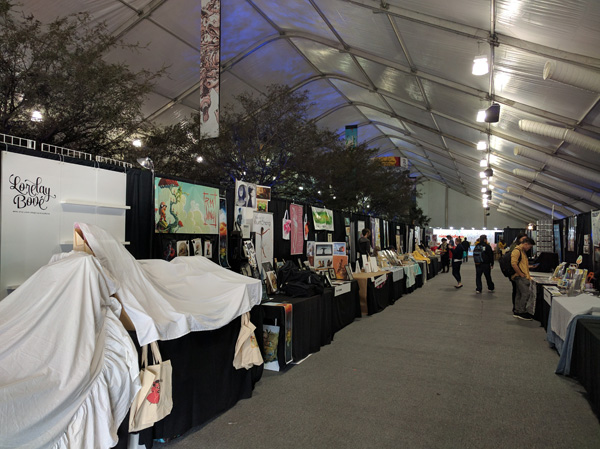 And the Smith Micro booth. I’m demoing Moho on a Microsoft Surface Studio (that got a lot of attention from the artists).

The guy sitting to my left is Ali Danesh. He worked as a character designer for Gravity Falls. Super nice guy - he was drawing custom sketches for people, and even giving away prints when people were low on cash. The whole place is filled with people like that. It’s great. 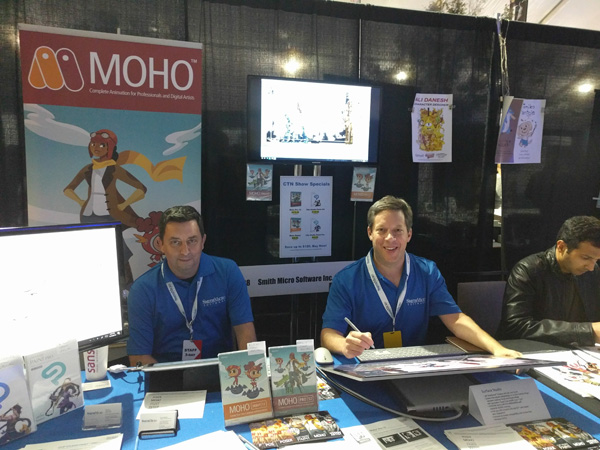 CTN Expo is really an amazing show. The amount of talent is mind-blowing - and not just the artists showing their work, but so random people walking around turn out to be incredibly talented. It’s really inspiring to me to walk around and see what everyone is up to. 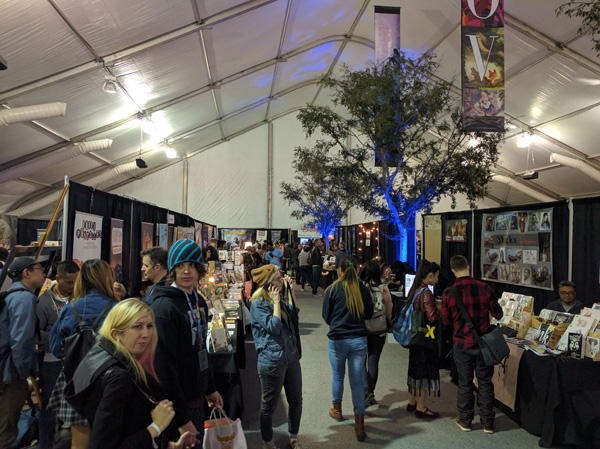 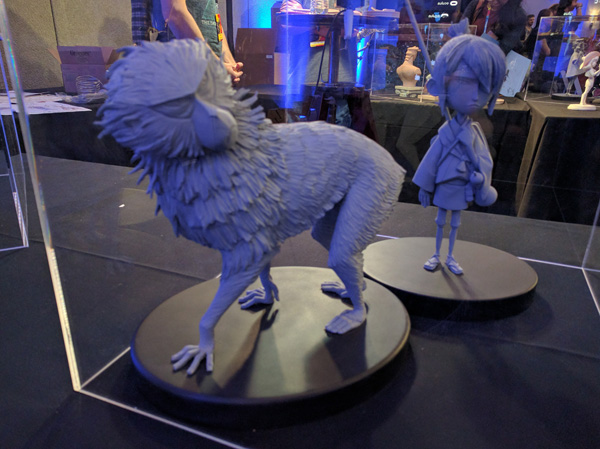 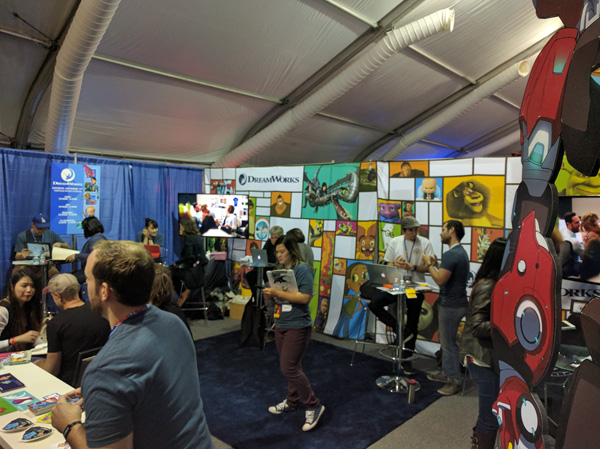 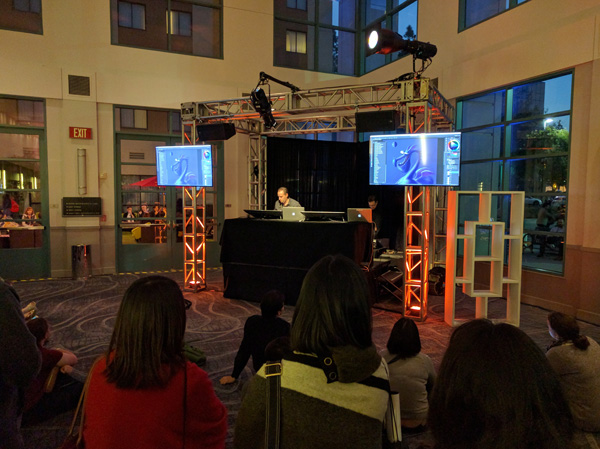 Here’s a (kind of lousy) shot of the Wacom Cintiq Challenge. Wacom has been holding an annual drawing contest at CTN that pits amateurs against professional artists, asking them to draw randomly-constructed subjects. In the picture below the artists were given ten minutes to draw an “Awkwardly Growing Sasquatch”.

The subjects are picked by a little word scrambling app that I wrote to help out with the contest. I’ll try to find some time to put the word scrambler up on the website here. 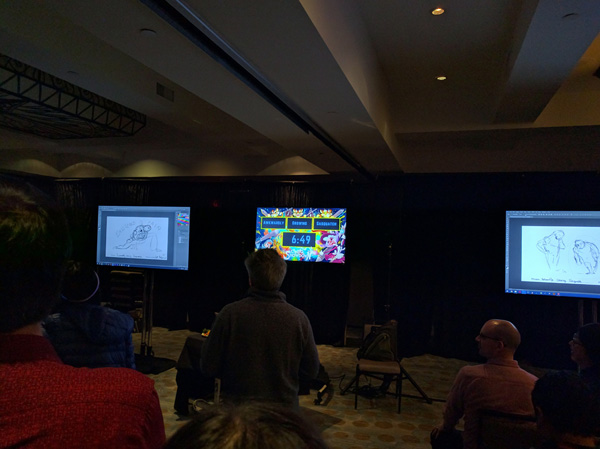 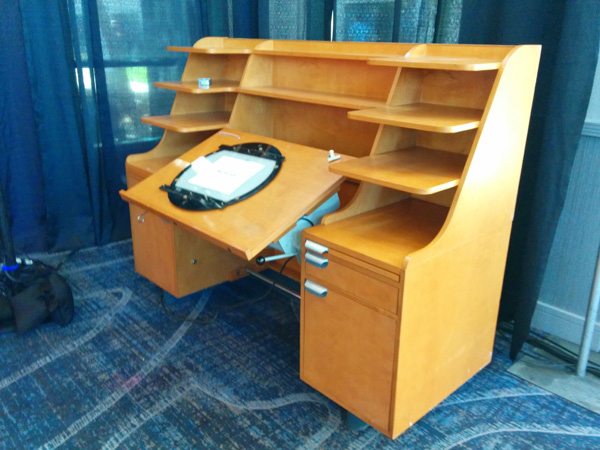