One of the highlights for me of working on Moho was that sometimes I was lucky enough to visit animation studios.

Sometimes I’ve had my nose down in the code, fixing bugs or working on a new feature for so long that I can forget what it’s all for. I’m “only” a toolmaker, and the tool is nothing until it gets used by an artist to tell a story or express themselves.

Cartoons may be “silly”, but for me it’s truly rewarding to see what my tools help people do. I don’t want to sound too proud: My tools may help people create animation, but those people have the real artistic talent inside them. If my product didn’t exist, they’d just be amazingly creative some other way. But still, I feel a sense of pride and accomplishment when I see the work people create with my products.

Here are a few places I’ve visited in the last couple years. Some of them have used Moho, some haven’t. Sometimes just being “in the biz” gets you an invitation to visit, and I’ll always say yes to that.

I didn’t get many pictures here, but have had multiple chances to meet with their animators and learn how they work on TV shows. Moho is being used here for parts of several different TV series. 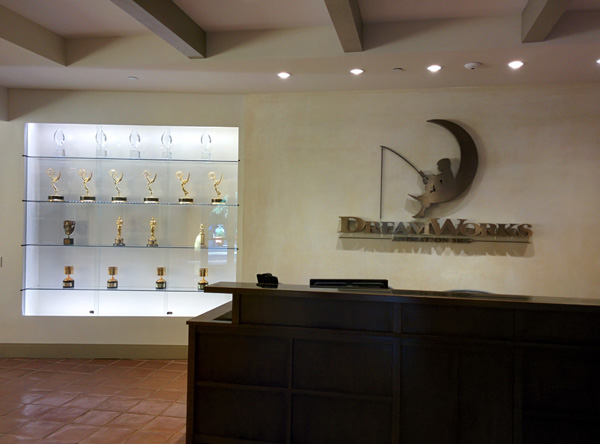 These guys have a super funky studio environment, in a really fun way. They create tons of shows, and I got a great tour while trying to talk them into giving Moho a shot. 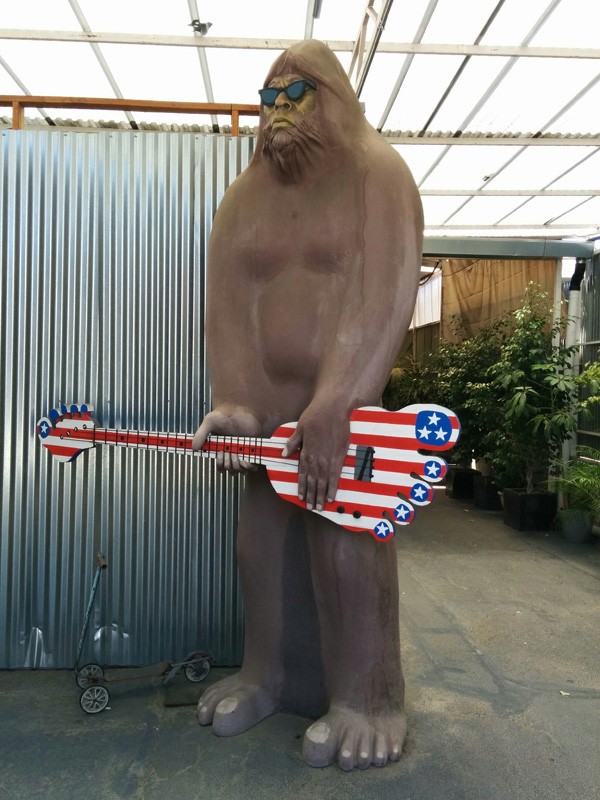 I don’t think Disney is using Moho on any shows, but I know a couple people at least are using it on some personal projects. Mike Morris has been especially kind and helpful in promoting Moho in the animation community and gave us a tour of the studio.

Visiting Disney was especially fun because my kids and I are big Gravity Falls fans. I got to see where Gravity Falls ideas are pitched, how they work their storyboards, and all their cool toys. (My kids were jealous.) I even got to ride the Gravity Falls Buffalo (Google it, and no, that is not a euphemism). 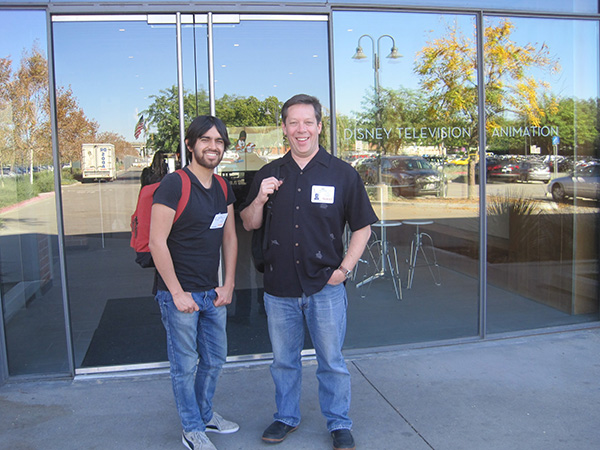 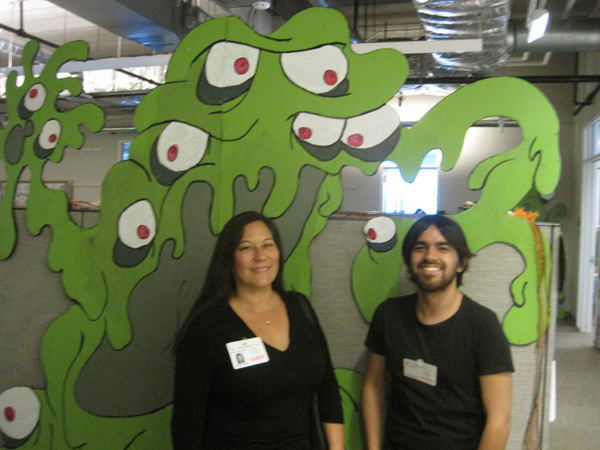 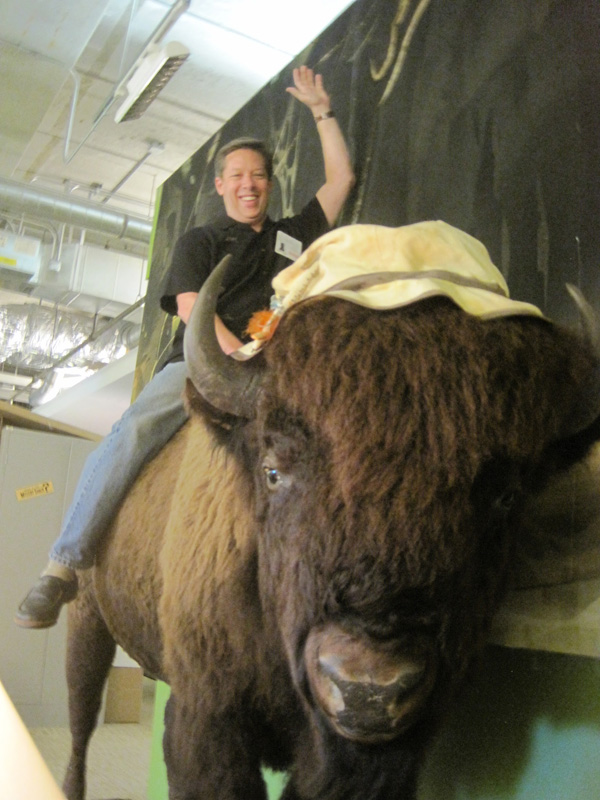 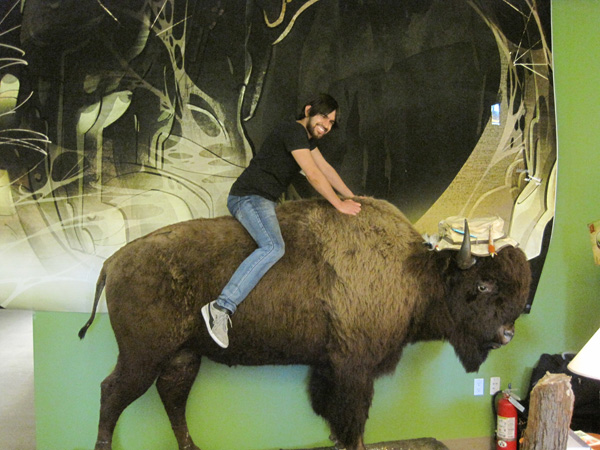 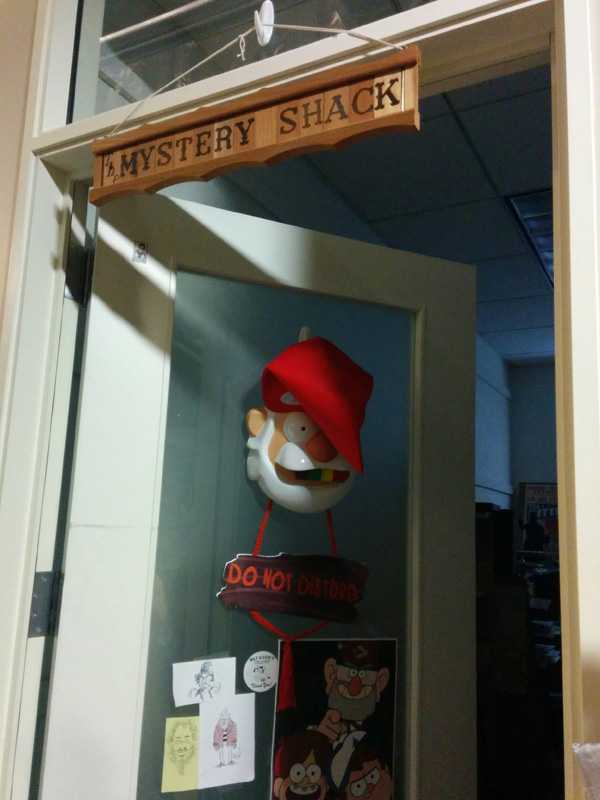 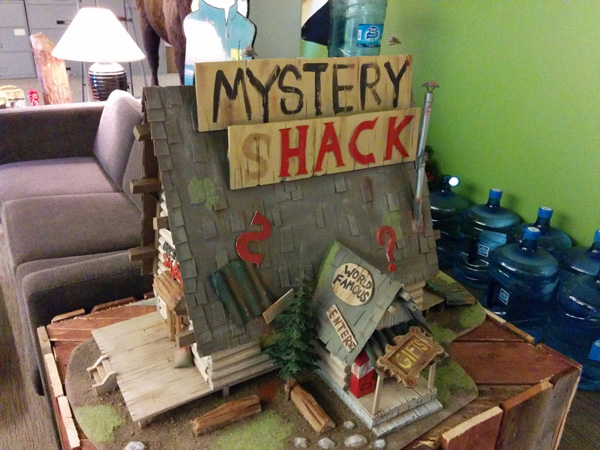 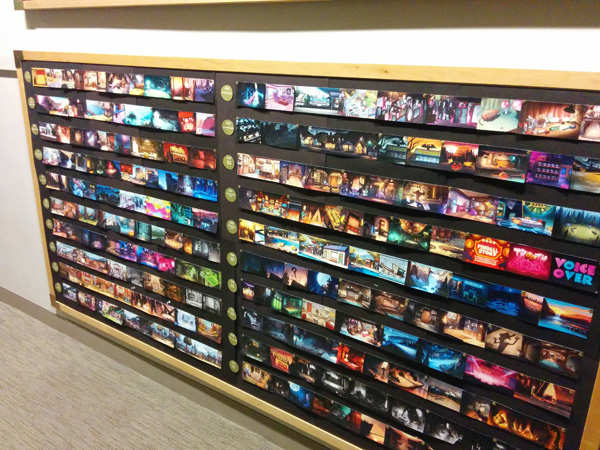 OK, ILM is definitely not using Moho (sadly, but they’re not really an animation studio). But I got the chance to talk to them about how they could use it for roughing out animatic ideas. The concept artists here are as amazing as you would expect, and who could say no to a tour of the collected props of my childhood favorites. (Star Wars, Back to the Future, Ghostbusters, Star Trek, and tons more.) 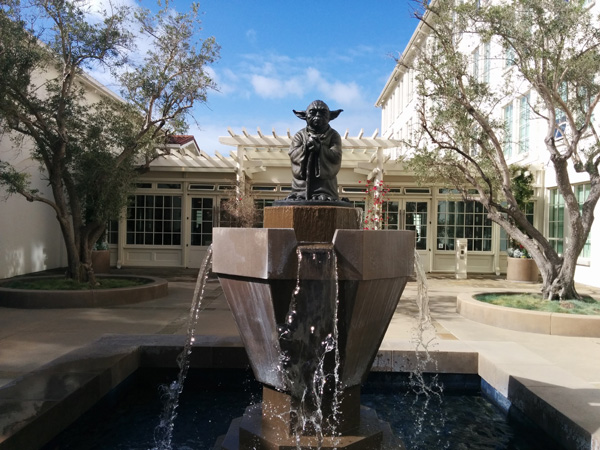 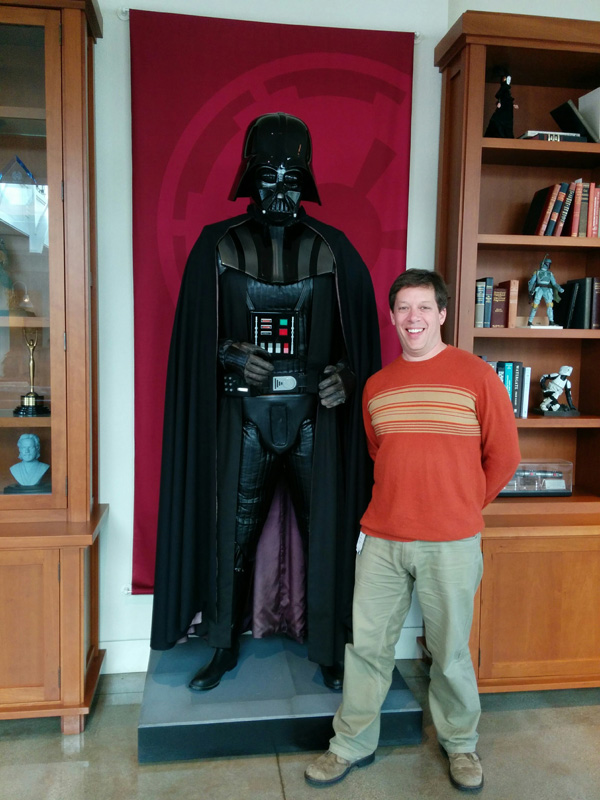 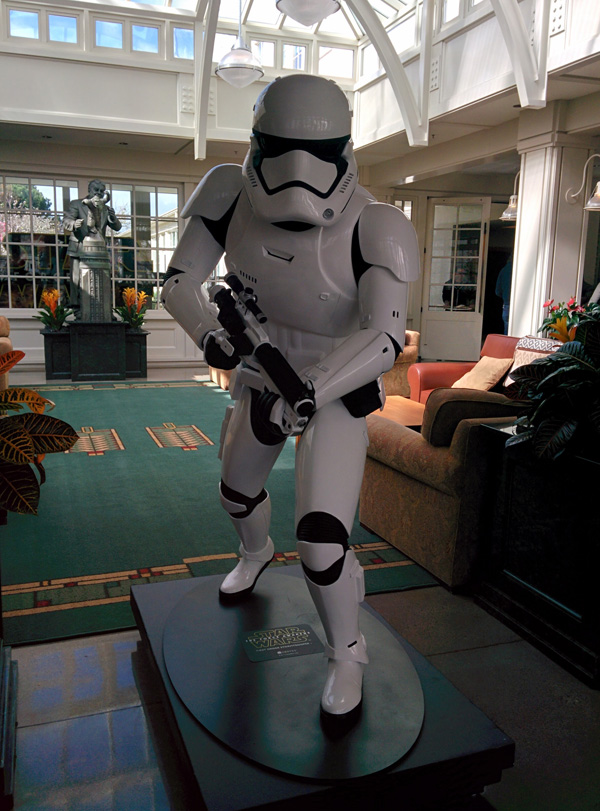 Seriously, I fantasized about building things like this Slimer head when I was a kid. 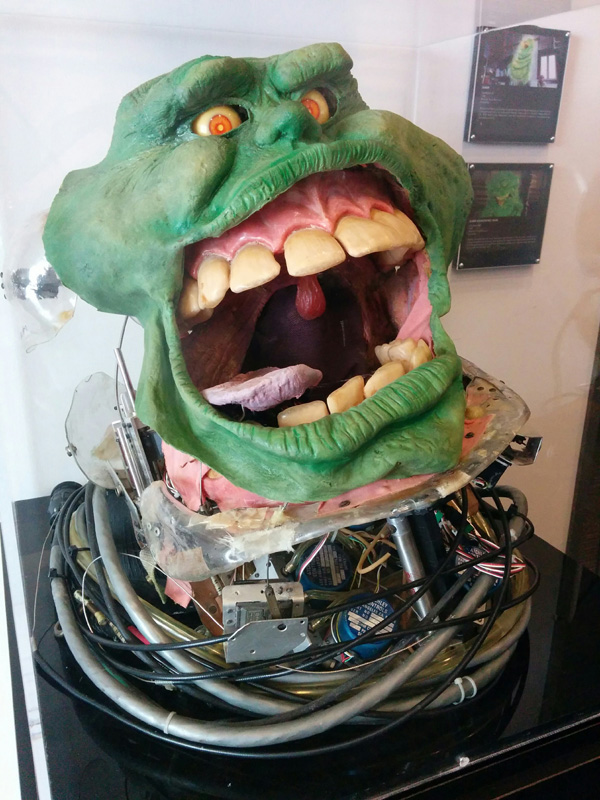 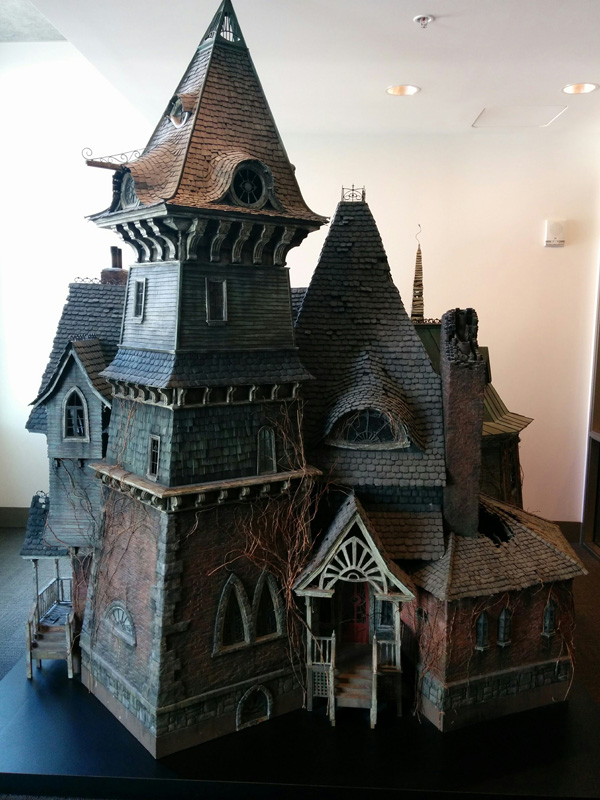 It turns out that Rough Draft Studios has used Moho on quite a few projects. Not full shows totally done in Moho, but parts here and there where it made sense across a lot of projects.

I wish I could say more, because I was really impressed. I thought I was going there to convince them to try Moho, but the owner/founder of the studio is actually a pretty sophisticated Moho user already.

I don’t think I’m supposed to get specific, but one project Moho has been used on (in a few shots here and there) rhymes with “suture mama”. 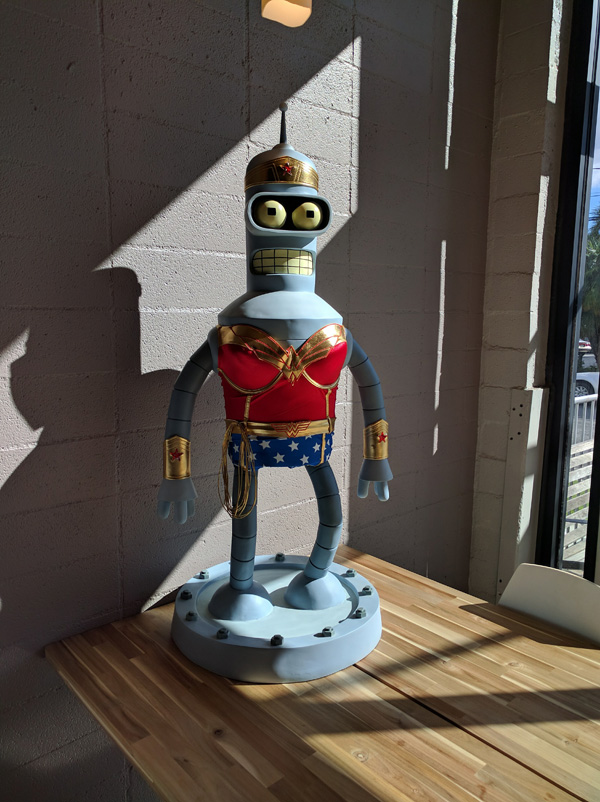 Ah, Cartoon Saloon. Everything these guys create is fantastic. If you haven’t seen their movies, go watch them now. The Breadwinner I think is coming out this year, and there are several scenes that use Moho quite extensively. Moho was also used in parts of Song of the Sea and most (or all?) of the animation in the TV series Puffin Rock. 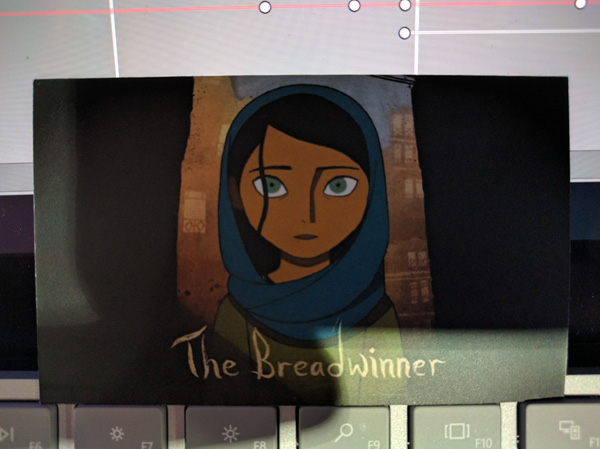 Cartoon Saloon is in Ireland, a little far away for an in-person visit. I’ve tried to figure out how to get myself into a position to “drop by”, but it hasn’t happened yet.